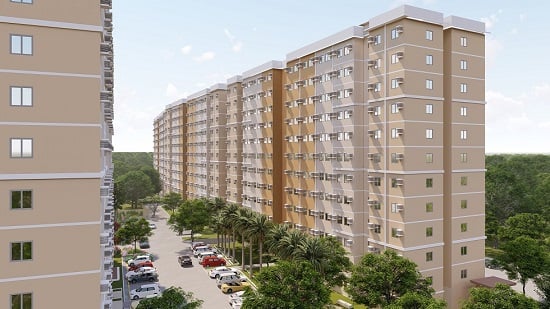 The Pienza COHO By Vista Residences

Welcome to the culinary capital of the Philippines: Pampanga! And here you will find The Pienza COHO, one of Vista Land’s resort-style condominium-home (COHO) residential projects across the Philippines.

This amazing condominium development is comprised of mid-rise (12-story) buildings and sit just beside the ongoing global city and around major highways and expressways making these prosperous new vertical villages the gateway to Central Luzon’s business and financial centers, and the next economic powerhouse in the Philippines.

The Pienza COHO will let you live near Pampanga’s planned Megalopolis which is made up of the Central Triangle of Angeles City, City of San Fernando, and the town of Lubao, all in the province of Pampanga. The town of Mexico, where the Pienza COHO is located, is less than 3km away southeast of Angeles City. The Pienza is a modern but an idyllic resort-inspired condo development in the heart of Pampanga is being developed by Vista Land, the condominium arm of Vista Land & Landscapes, Inc.

This multiple medium-rise building property developments offer well-planned One-bedroom and Two-bedroom units. Mexico, Pampanga is slowly becoming the next residential hub just 70km north of Manila. The COHO also called the Camella Condo Homes, is Vista Land’s new generation of condo development costing P25 billion in 25 locations across the Philippines. The Villar-led Vista Land’s Pienza Mexico COHO will cater primarily to the end-user market and aims to boost and elevate the lifestyle of young professionals, starting families, and those who want to invest in the booming property market in Pampanga.

Like any other Vista Land COHO’s, the Pienza Mexico will comprise of multiple mid-rise residential buildings with outstanding recreational amenities unique to the province. The residential units and the project’s condo units are designed and built to cater to the taste of Kapampangans, as well as OFWs, and foreigners who want to live in the province for good.

The Pienza COHO is located in Brgy. Panipuan, Mexico, Pampanga. This location is less than 2km from the nearest exit of NLEX (North Luzon Expressway) to the northeast and just a few kilometers from MacArthur Highway to the west. Mexico is a firs- class municipality in Pampanga that has a population of more than 155,000 people in 2015, with a population density of 1,300 inhabitants per square kilometer. Mexico is just 67km northwest of Manila (1.5 hours drive) via NLEX. The town offers the best opportunities for business and employment as the municipality is just a spit away from the financial and business centers of Angeles City and the City of San Fernando.

Mexico is bounded on the north by Mabalacat (location of the Clark International Airport), Magalang, and Arayat; to the south by San Luis and San Simon; to the west by Angeles City (where the Clark Freeport & Economic Zone is situated while the zone’s other parts occupies Mabalacat and some towns in Tarlac) and San Fernando City; and to the east by Sta. Ana. On the other hand, the province of Pampanga is bordered to the central-south by Manila Bay; Nueva Ecija to the northeast; Bulacan to the east; Tarlac to the north (where the New Clark City is located); Bataan to the southwest; and Zambales to the west (where the Subic Bay Freeport Zone is situated). This Central Luzon province is made up of 218,000 hectares of land with 23 cities and municipalities. The province is served by the Clark International Airport (the former Diosdado Macapagal International Airport) located in Clark Freeport Zone, just 10km northwest of Pienza COHO. This airport is the Philippines’ second-busiest airport next to the NAIA Terminals in Pasay City, Metro Manila.

Pampanga is home to two PAF (Philippine Air Force) airbases: Basa Air Base in Floridablanca and the former US-occupied Clark Air Base in Angeles City. Amid the province’s growing population and tremendous developments over the years, Clark Global City is now highly-developed and is situated in Clark Freeport Zone. Furthermore, the province is referred to as the gateway to Central and Northern Luzon with the Clark International Airport as the major focal point. Moreover, with the establishment of the Subic-Clark Alliance Development and the Manila-Clark Railways, ‘Pampanga has the potential to become the gateway to Asia’ and probably the next “Asian Tiger’.

Types of units at the Pienza COHO

The Pienza COHO Pampanga will be comprised of 6 mid-rise residential buildings, each 12-story in height. Each building will have earth-tone hues and with modern facade amid a green and lush environment. The first 5 buildings are arranged in series while the last one is parallel to the fifth building. This building arrangement will provide larger breathing spaces on the ground. Each building will only have 21 residential units per floor.

Pienza COHO offers some of Mexico’s finest residential units that have the best floor areas and layouts. The units come in stunning One-bedroom and Two-bedroom and are complete during the turn-over (except for furniture and other appliances).

Here are the types of units that you will expect at the Pienza COHO with their brief descriptions:

Vista Residences The Pienza COHO in Pampanga, Philippines is a premier Condo project available for sale. If you're looking to rent or purchase The Pienza COHO, then check here first. We have full details of The Pienza COHO updated regularly as well as everything you need to know about the availing and booking process, broken down into stages that includes selecting a unit, choosing a payment plan and buying your dream home at the right price. For price list, free site tripping or showroom visit, personalized service, model house, unit plans, floor plans, payment terms, CHAT LIVE with an agent 24x7. Always only buy from PRC licensed Real Estate Brokers and Agents.